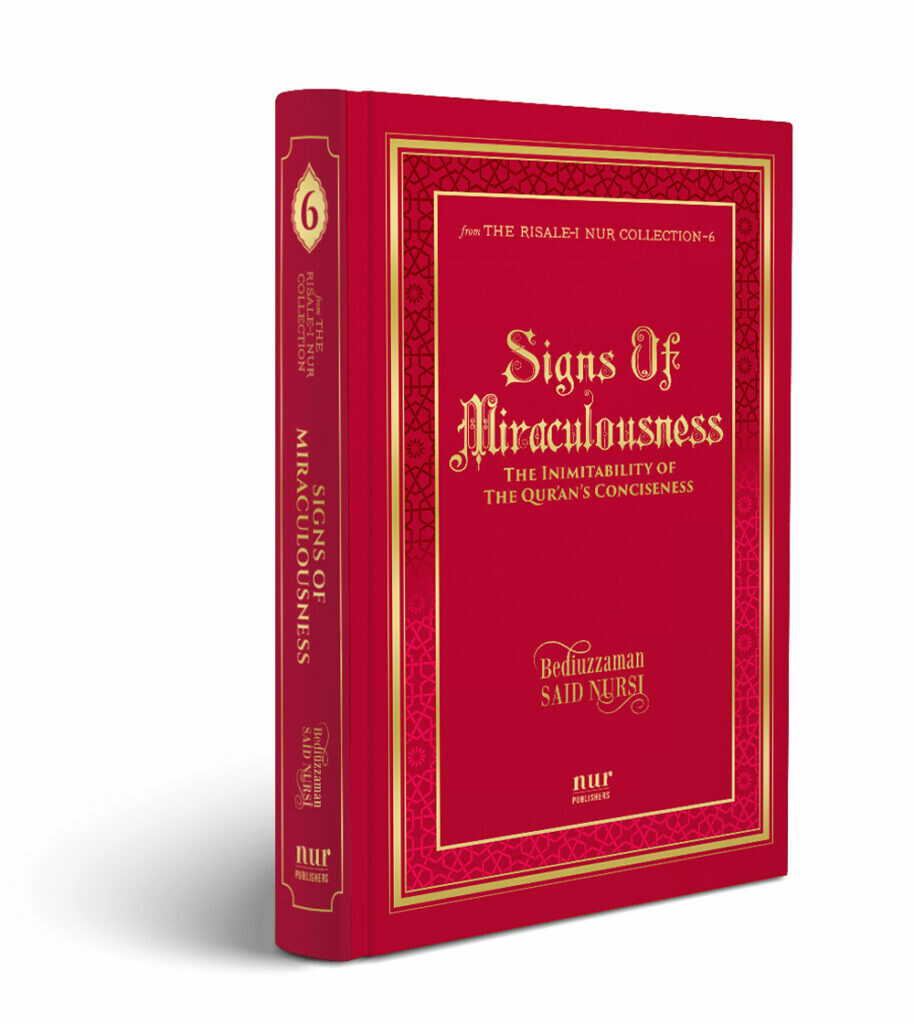 This book is a commentary on Surat al-Fatiha and the first thirty-three verses of Surat al-Baqara, the aim of which is to expound the miraculous nature of the Qur’an’s word order. For “the embroideries” of the positioning and arrangement of the Qur’an’s words demonstrate one aspect of its inimitability or miraculousness. In doing this, the author was emulating the great masters of Arabic, rhetoric, and eloquence, but in addition to applying these and other traditional sciences, he was concerned to demonstrate the conformity of the Qur’an with reason and the modern physical sciences. In this way, he replied both to questions and doubts that had arisen in the face of scientific advances, and to demonstrate that, as the revealed Word of God, the Qur’an has continuing relevance in contemporary life. Thus, though composed in the early period of Said Nursi’s life, under testing conditions in 1913-14, this book contains in concise form, the ideas and truths that he subsequently elaborated in the Risale-i Nur, and in many respects is of the greatest interest and importance for the people of the present.