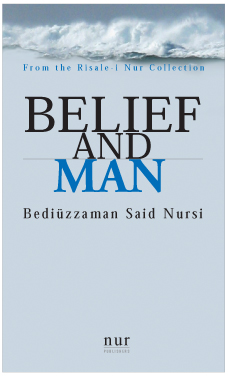 “Man has a relationship with and stands in need of most of the species of creation. His needs spread throughout all parts of the cosmos, and his desires extend to eternity. As he desires a flower, so he desires the spring. As he wishes for a garden, so he wishes for eternal Paradise. As he longs to see a friend, so he longs to see the Most Beauteous One of Glory. As he needs to knock at the door of his beloved friend in order to visit him, so he needs to take refuge in the court of an Omnipotent One Who will close the door of this world and open that of the Hereafter, the World of Wonders.” (Pocket Series)